It’s 1984. I am nine years old. Peter Davison – my Doctor – has Spectrox Toxaemia and dies. The Doctor dies.  I’m nine and my heart is broken, and that strange shouting mean man with the curly hair is not him – but I keep watching. 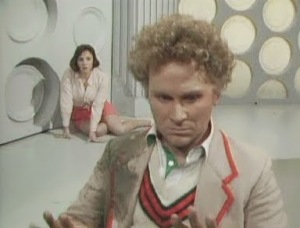 It’s 1996. I’m a student in the middle of my finals. I’ve got one tomorrow, on The Theory of the English Language, but beneath the library is the JCR telly and the spot on the carpet I have reserved. I sprint to watch him come back in a room, a city, that looks like his TARDIS, all wood panels and wit and history. It’s not very good. It doesn’t matter. (I get a terrible mark on the paper – but I did an extra one before, much better, that cancels it out.)

It’s 2006. I’m a graduate student, working a shift that finishes at midnight on the day Nine is going to regenerate into Ten – and I walk home, with no idea if my ancient video will have actually recorded it. 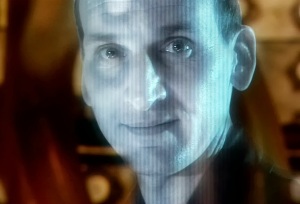 It’s about time-travel, life is. We don’t stay still. We are all wanderers in the fourth dimension.

Like a family photograph album, I can dip into Doctor Who and find my old selves beside the stories: smile; be disappointed; feel fond.

That time small-me ran with a tray of spaghetti bolognese – my favourite tea – to the sitting room as the opening credits ended and stood, agog at something, so stunned I slowly poured the entire plateful on the floor. (Mum scrubbed the carpet. I ate scraped-together leftovers in the kitchen in disgrace, crying, and got back to the sitting room as the end credits rolled of an episode which would never be shown again.)

Dragonfire: when my sister walked in and asked ‘Why do you still watch this crap?’ and I didn’t have a good answer.

City of Death, and The Mind Robber, and Loups-Garoux (hell yeah!): when a set of fandom friends – made via nonsense and shared affection for same – held my hand as I did the very hardest thing I’ve ever done. 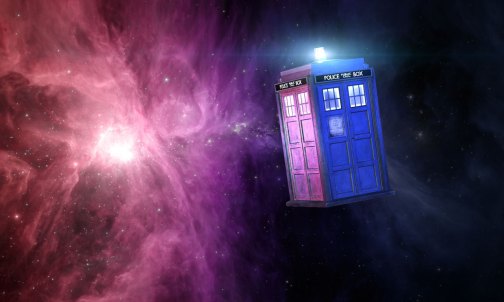 The memory doesn’t cheat: it changes, as the one who owns the memory changes. My Mum worked full-time and still cooked spaghetti bolognese for her family of six and it tasted bloody amazing and grown-up me is very sorry I dropped it on the floor. Dragonfire is crap, and that’s ok. The video recorder worked – but I’m still a tiny bit cross about This is the day I died. It’s ever so slightly possible that the Target novelisation of Castrovalva  makes the tapestry reweaving itself sound cooler than it looks. Shh.

We could be here a while. But one thing never changes.

Our lives are different to anybody else’s. Nobody in the universe can do what we’re doing.

It’s 2013. I’m a children’s writer, 2 days from the deadline to deliver a book: my eighth. I’ve delivered it before. This is a rewrite. I hope it’s better this time, but that’s the thing with imagining stuff: you never quite know what you’re going to get.

Thank you, Doctor. Splendid 50 years, all of them. 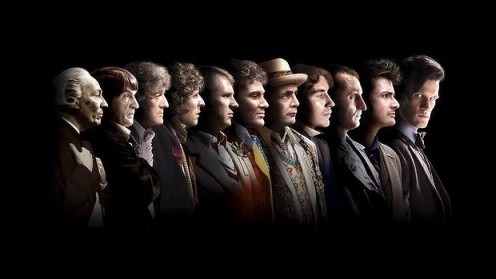 3 thoughts on “It’s about time-travel”

This site uses Akismet to reduce spam. Learn how your comment data is processed.